Edition 210 of Century Ireland with all the news from 100 years ago.

Dáil cabinet meets to discuss British proposals
Dublin, 28 July 1921
A full meeting of the Dáil Éireann cabinet was held yesterday at the Mansion House in Dublin. 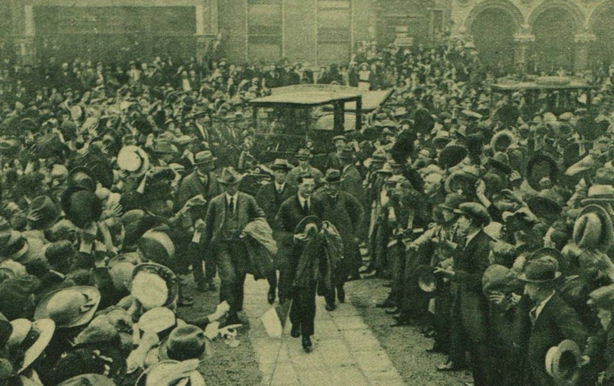 33 TDs released from prison, but over 3,000 republicans still behind bars
Dublin, 10 August 1921
All of the imprisoned members of Dáil Éireann have now been released by the British authorities. 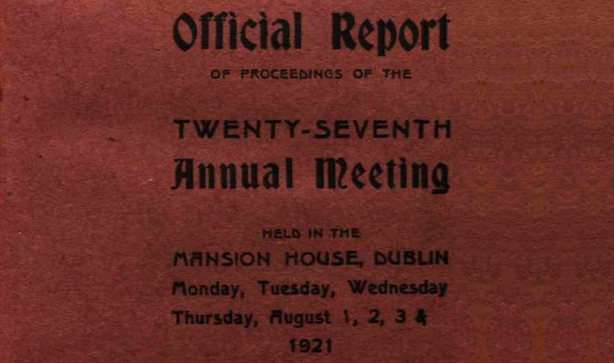 Cover of the report on the 27th Annual Meeting of the Irish Labour Party and Trade Union Congress.

Tom Barry says complaints about British breaches of truce on the rise
Cork, 29 July 1921
IRA officer Tom Barry has accused British forces of breaching the terms of the ongoing truce in the former martial law areas. 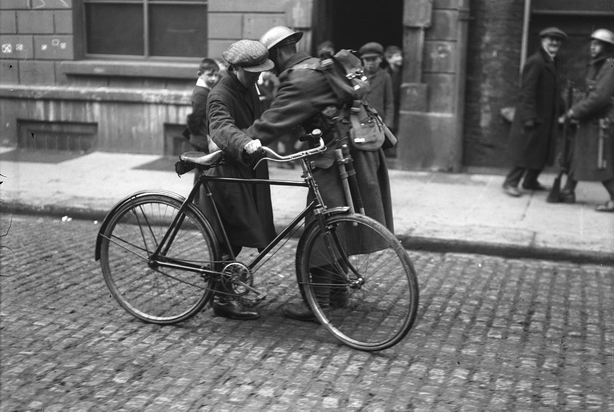 British soldier searching a civilian in Dublin in 1921 during the War of Independence.

Second Dáil to convene on 16 August
Dublin, 6 August 1921
A full meeting of Dáil Éireann has been summoned for 16 August and all members are expected to attend. This will be its first meeting since the elections held in May of this year.

Cork woman was 'executed as a spy
IRA expresses regret for woman they ‘executed as a spy'
Dublin, 30 July 1921
A Cork woman, Maria Lindsay, was shot by the IRA for passing information to the enemy and in retaliation for the execution of republican prisoners in Cork barracks. 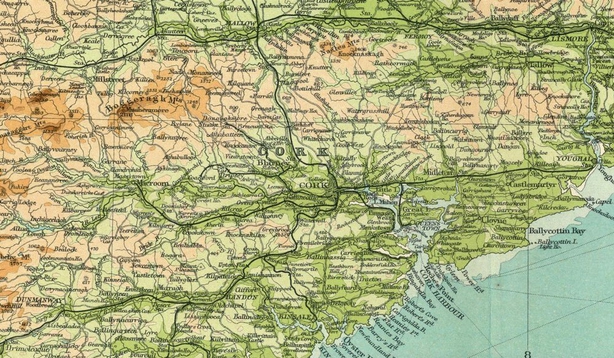 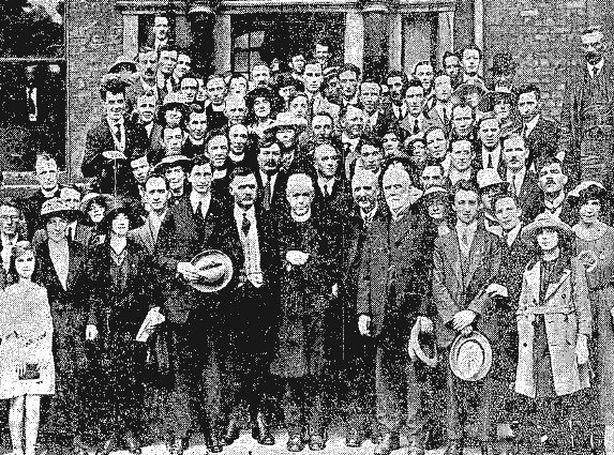 Guard the Gaeltacht
Mr de Valera suggested that special attention be paid to areas bordering the Gaeltachts as a way of both protecting established Irish speaking districts and extending their reach.

Horse Show opens at the RDS
Dublin, 10 August 1921
The Dublin Horse Show opened yesterday in the RDS.
The Horse Show, which is an important event on the Irish social calendar, is considered by the organisers to be the greatest of sporting and agricultural carnivals. 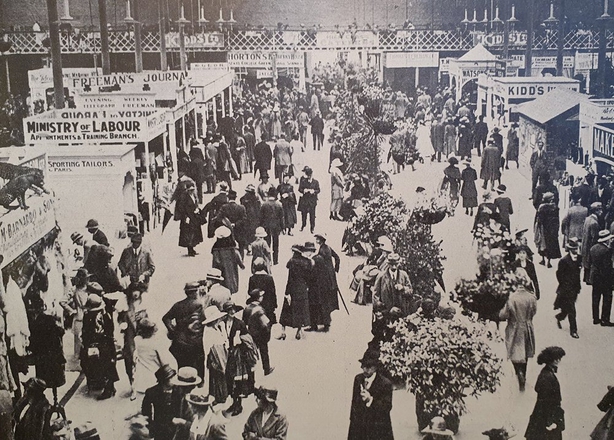