The plaque hangs in the booking office at Heuston Station where Seán Heuston had worked as a clerical officer before taking part in the 1916 Rising. 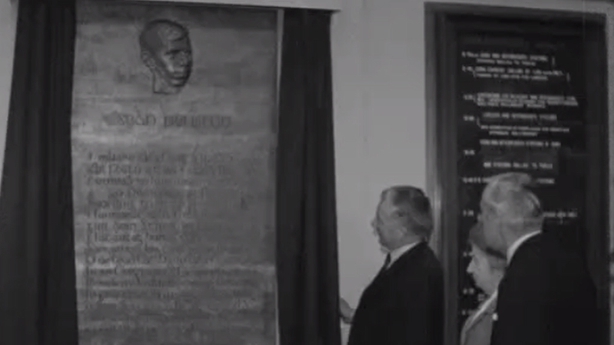 The unveiling of the plaque was carried out by Minister for Defence Mr Michael Hilliard in the presence of Seán Heuston's sister Theresa.

General Manager of CIÉ, Mr Frank Lemass, was also at the ceremony and said the company was particularly pleased to have the memorial to Sean Heuston in view of the fact that he had worked in the building.

James Brennan, who fought with Seán Heuston in the Mendicity Institute during Easter Week 1916 was also in attendance at the unveiling.

An RTÉ News report broadcast on 9 October 1966. The footage shown here is mute. 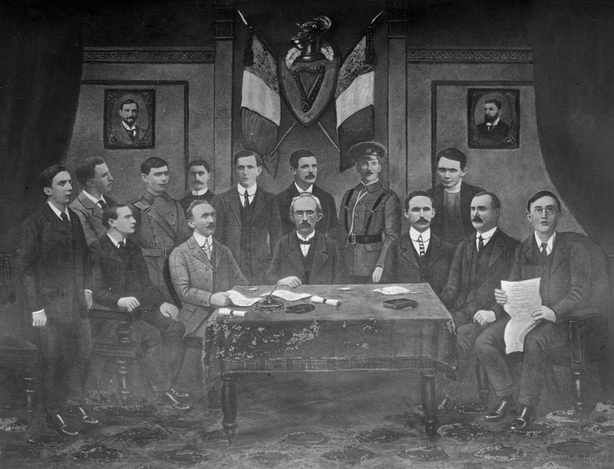 The Last Supper painting of the men executed following Easter Rising 1916. The painting is signed by WG Rogers.