Transport Museum Society of Ireland show off their collection of vehicles at Donard, County Wicklow.

The Transport Museum Society of Ireland has a collection of 28 vehicles. The main attraction is the historic Michael Collins Rolls Royce armoured vehicle 'Sliabh na mBan'. 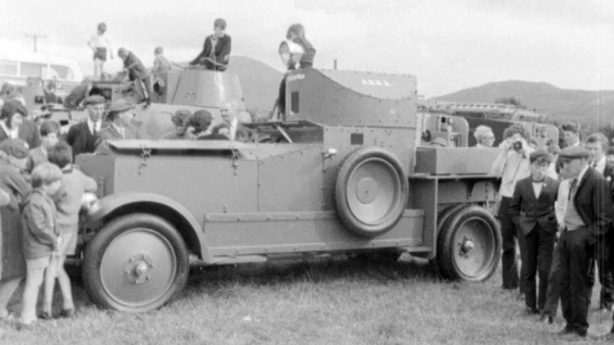 Among the vehicles is an Albion lorry which has featured in several films including ‘Ryan’s Daughter’.

The preservation for posterity of a representative selection of transport vehicles from every age of transport.

The purchase of the land and erection of a building at Castleruddery will come to £8,000. What will the Transport Museum Society of Ireland spend on vehicles is still unknown.