Beverly Hills comes to Cork in the form of a theme park that is home to a selection of concrete animals.

Jim O'Sullivan spent 34 years living and working abroad. He travelled the world as a steward on a passenger liner. Known locally as "the returned yank", Jim O'Sullivan was born near Mitchelstown in County Cork. Having returned home he set up a theme park which reflects his travels which took him around the world 17 times.

There’s nothing like this in any part of the world. 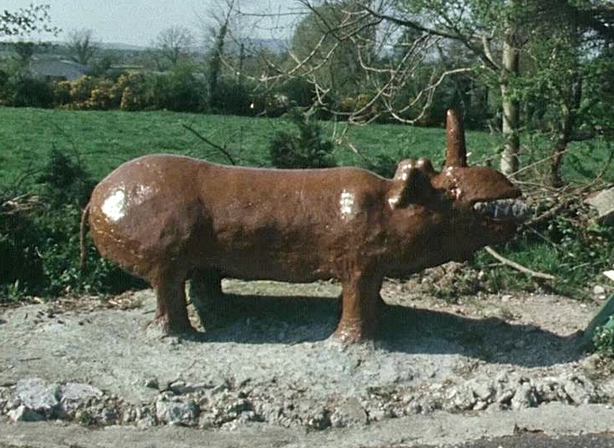 Before retiring Jim O'Sullivan became a naturalised American and received two good pensions from the Mercantile Marine, the American Merchant Navy. With money in his pocket and time on his hands, he set about building his very own concrete jungle called 'Beverly Hills’. It features animals from across the globe sculpted in cement and includes a horse, a kangaroo, a rhinoceros, a crocodile, an elephant, and a giraffe.

It’s a bizarre world he has created in his own backyard.

The park is largely designed for children as a place that allows the imagination to run riot. In 1975, Jim estimates that 18,500 people came through the gates of ‘Beverly Hills’. 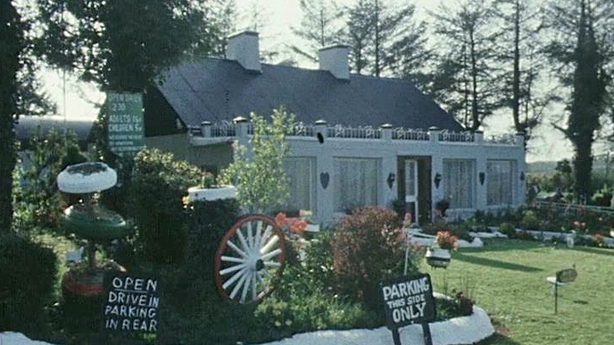 Now 62 years of age Jim O'Sullivan and has never married. He says his bachelor life is a result of his carefree life at sea where he had a woman in every port and never had time to settle down. He has not given up hope of finding a wife.

‘Newsround’ broadcast on 13 June 1976. The reporter is Peter McNiff.