Demonstrating the skills of the ancient game of hurling.

One of the first literary references to hurling goes back to 1272 BC at the Battle of Moytura in County Mayo. It is said that the battle began with a game of hurling.

Legend has it that in the early days of the Christian era, the young Cú Chulainn would take with him his hurl of bronze and ball of silver when going to visit his uncle King Conchobhair.

Around 1800, a hurling team consisted of every able man in opposing parishes but by 1892 the sides were drawn to seventeen-a-side. In 1913, the team size was reduced further to fifteen-a-side. 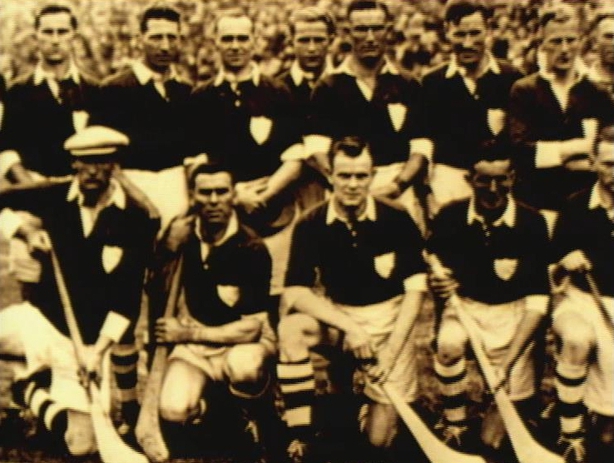 Each generation has produced its stars.

When filmed in slow motion, all the thrills and excitement of this great game can be better appreciated.

A look at the movement and skills of the game as demonstrated by Kilkenny star  Eddie Kerr in the Leinster final against Wexford in 1975.

He's a most skillful player and can command complete control and mastery over the ball in all kinds of situations. There is no skill that he cannot expertly execute.

'Skills of Hurling' demonstrates how the game is played with examples showing the lifting of the ball, solo runs, goalkeeping, hooking, tackling, the ground shot, catching and striking, free taking, the sideline cut and the hand pass.

The programme also features contributions from Brian Cody of Kilkenny, Eamonn Cregan of Limerick, Seán Silke and Iggy Clarke of Galway, Séamus Durack of Clare and Séamus Hogan of Tipperary.

'Skills of Hurling’ was broadcast on 13 February 1976. The script is by Justin Nelson with research and expert advice from Donie Nealon. The narrator is Pádraic O Raghallaigh. The narration is in both English and Irish.