A grand man all the time. One of the nicest men you could meet.

Mr Kelly goes on to talk about Parnell's time in Kilmainham Gaol, the work of the Land League and the evictions that took place in the area.

Mr Kelly also recalls the last time he saw Parnell at Kingstown (now Dún Laoghaire) shortly before Parnell’s death in Brighton on 6 October 1891 at the age of 45.

He came back dead.

'Parnell and the Parnellites’ was a programme of impressions recorded by some of those who knew or saw Charles Stewart Parnell. Presented by Norris Davidson. 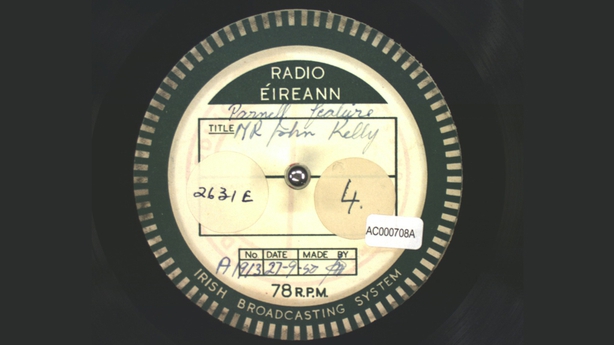