Roads have been funded to the detriment of public transport in Ireland but a unified plan is needed for European investment.

Roads carry 96% of all passenger traffic in Ireland, and many roads especially around cities are choked with traffic.

Peter Kelly Chairman of the Dublin Transport Authority (1986-1987) says roads in Ireland are planned, but planning of the more complex issue of transportation is left to chance.

There is no such thing as a transportation plan for Ireland and particularly not for the Dublin metropolitan area.

He believes people should be encouraged to use public transport, but for this to happen a reliable, quality service needs to be in place.

In Dublin congestion due to bad traffic management has a negative impact on the reliability and frequency of the bus service. People move away from using the bus and into their cars, which in turn creases the congestion.

Peter Kelly would like to see the Irish government increase support for public transport, but he thinks in Ireland roads are getting the funding.

Chairman of the National Roads Authority Con Power says it is not a case of roads versus public transport, as buses also need to use roads.

The Irish government has presented its development plan to the European Commission and Europe will not invest in infrastructure in Ireland unless the money is spent wisely.

Whether we like it or not and whether we’re prepared for it or not, certainly in the negotiations with the EEC Commission, we have to address an integrated transport network.

'The Nature of Things' was a series featuring science, technology and the environment. It ran for two series in 1989 and 1990.

This episode of ‘The Nature of Things’ was broadcast on 3 November 1989. The presenter is Tim Collins. 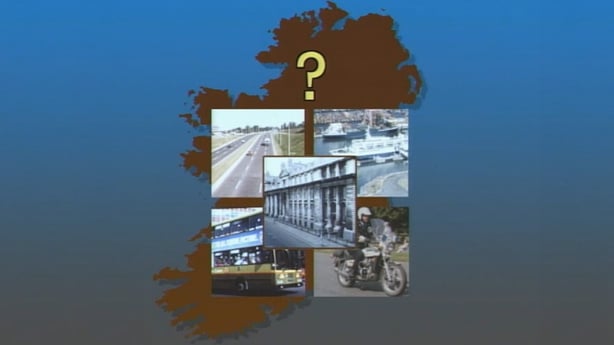