The Project Arts Centre in Dublin has a reputation for staging new and innovative drama and performance art. It is the venue for ‘Timescales’, an exhibition by sculptor Grace Weir.

Graduating from the National College of Art and Design in 1984, Grace Weir has been the recipient of many awards and bursaries, and her work is getting international recognition.

Niall Ó Sioradáin likes the juxtaposition of old and new and thinks Grace Weir’s work has a slight feel of science fiction.

For Bríd Mhic Fhearaí who is there with her daughter Caolfhionn, the natural world is what emerges for her.

With the ever increasing presence of technology in our daily lives, what will future generations make of it, and what will be left behind? Here we are presented with 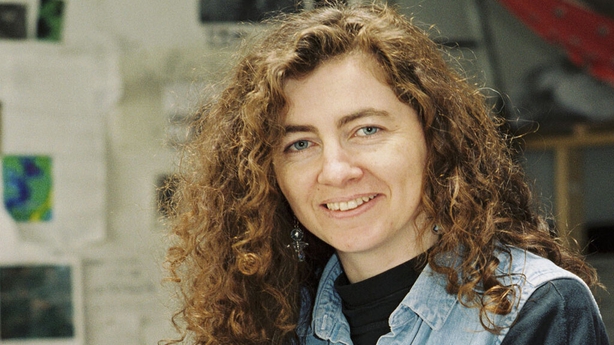 This episode of ‘Cúrsaí’ was broadcast on 13 April 1989. The presenter is Tadhg MacDonnagáin and the reporter is Áine Ní Ghlinn.