The Society of Saint Vincent de Paul asks people to give a little to help Ireland's new poor, the long term unemployed.

There is a new challenge for the Society of St Vincent de Paul (SVP) which is celebrating 150 years of service to those in need. The increase in the numbers of long term unemployed people over the last twelve months is of particular concern. SVP has earmarked £1 million for this section of society for next year.

In 1983 the Society visited 15,000 unemployed families either on a regular basis, or for periods of time, to help with a specific problem. SVP member Columba Faulkner finds that apathy is prevalent in the homes she visits, especially among young parents who are second generation long term unemployed,

They’re bringing up children, and really they know that those children won’t get jobs unless the whole situation improves in Ireland.

Don Mahony says that the issue is not just limited to families living in cities.  Those in the suburbs are just as badly affected when they lose their job,

In Ireland there are 200,000 unemployed at the present time. Amongst that number are many families who perhaps a year, two years ago had jobs and a normal way of life.

The homeless are also helped by the SVP, and their hostels provide shelter and meals to 500 people every night. 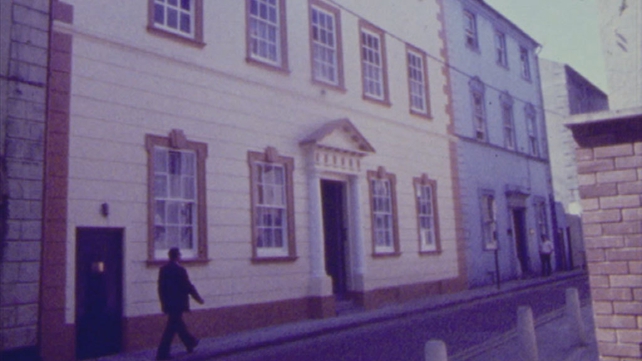 9,500 SVP members across the 32 counties make 20,000 visits every week.  They come face to face with the deprivation families and older people live with.  The constant hardship means that many don’t have the heart to even go window shopping and take part in the excitement of the build up to Christmas.

If you have five children, you’re living on £84, so really you don’t go downtown, you don’t get involved in it, so they just hope it passes quickly, and that’s sad, isn’t it?

An RTÉ News report broadcast on 8 December 1983. The reporter is Alasdair Jackson.