Johnny Cash talks about the renewed interest in country music, the best performer he has seen, faith and U2.

In Dublin for shows at the Olympia Theatre Johnny Cash speaks by video link to Gay Byrne on the Late Late Show. Having recorded over 1,500 songs on 470 different albums, sold over 50 million records Johnny Cash is the holder of 7 Grammy Awards, and has written a best selling autobiography.

Thirty three years on the road and still going strong.

The music business is a way of life and he says he doesn't know how to do anything else. He feels that the secret to success for any performer is to do things your own way. Elvis Presley is the performer Johnny Cash considers the best he has ever seen.

He had that charisma, the magic that a great performer needs.

He recalls his first encounter with Kris Kristofferson and the lengths he went to in order to find success as an artist.

Having beaten the booze and drugs, Johnny Cash has come through the other side with the help of a "wonderful" support group.

Johnny Cash performs 'Forty Shades of Green', a song he wrote about a road trip to Ireland in 1959.

This episode of The Late Late Show was broadcast on 11 November 1988. The presenter is Gay Byrne. 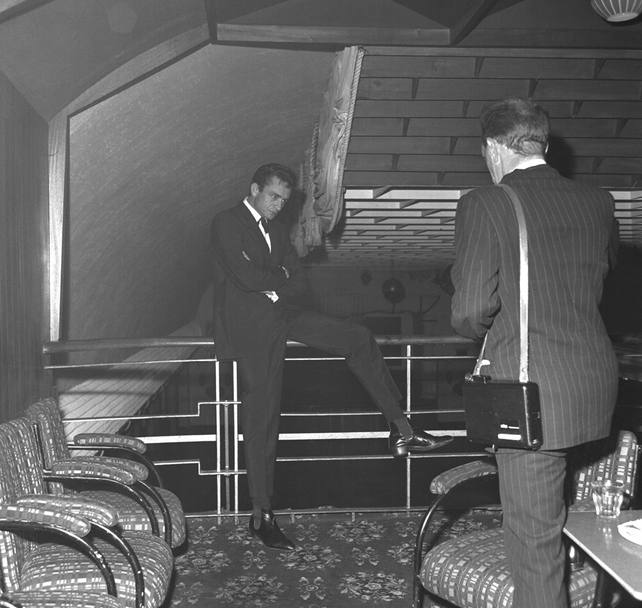