Gardaí in Limerick are in training for a charity run to Galway.

Gardaí are using the facilities in Thomond College to train for a 60 mile charity run from Limerick to Galway in a bid to raise £10,000 for Saint Martin's Centre for underprivileged children.

Chairman of the organising committee, Detective Garda John Masterson says An Garda Síochána selected this particular cause because

Sister Mary Carmel who is in charge of Saint Martin's Centre, she is doing something which really helps us, she is educating children, who would otherwise be on the streets and who we would be meeting from time to time.

While some of the 50 gardaí training for the race do not look slim, Detective Garda Masterson believes they are fit enough to undertake the run.

I would say this is one of the safest runs you will find in the country.

An RTÉ News report broadcast on 9 September 1983. The reporter is Michael Walsh. 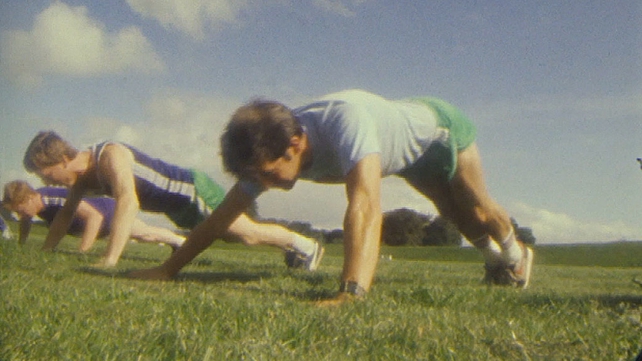