The Giant's Causeway in County Antrim becomes a public park under the National Trust.

Captain O'Neill even took time to make a wish in the 'Wishing Chair'.

An RTÉ News report broadcast on 24 June 1963. The footage shown here is mute. 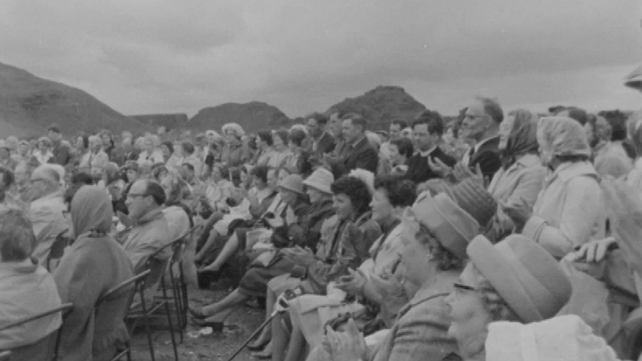 Crowd at opening of Giant's Causeway as a National Park (1963)