Wet weather during the year sees mixed results on farms across the country as a late harvest is gathered.

Farmers are seeing poorer harvest results after bad weather during the year. Although late being gathered the harvest could have been worse only for a dry weather spell. RTÉ News reports on harvest yields for a variety of crops across the country.

The Department of Agriculture says that the overall grain yield this year is below average with some of the wheat crop affected by yellow rust and mildew. In south Donegal thousands of tons of turf are being lifted in case the weather breaks again while entire families are helping pick potatoes. The potato crop is good with little blight. 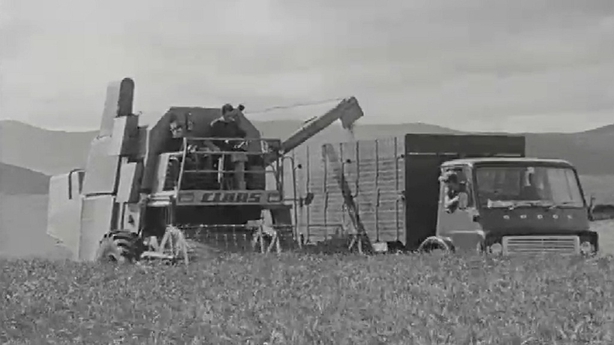 John Mooney of the Irish Farmers' Association (IFA) says it is not clear yet what impact Ireland's membership of the European Economic Community will have for Irish grain growers.