Over 10,000 people turned out in the West Cork town to see a life size statue of Michael Collins unveiled on the 80th anniversary of his death. Michael Collins was assassinated in an ambush at Béal na Bláth in Cork on 22 August 1922.

The monument was unveiled by actor Liam Neeson who played the part of Collins in the 1996 Neil Jordan film. The life-size statue in bronze was created by Cork sculptor Kevin Holland. Speaking at the unveiling Liam Neeson entertains the crowd with an impression of Michael Collins. 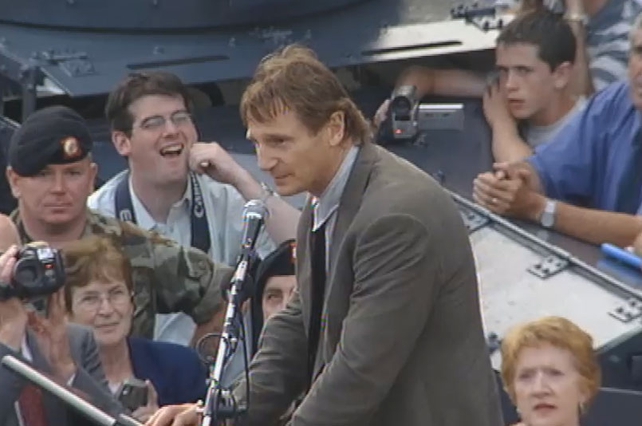 The people here are splendid.

The ceremony ends with a lone army bugler playing 'The Last Post' in tribute to their first commander and chief.

An RTÉ News report broadcast on 23 August 2002. The reporter is Jennie O'Sullivan.