RTÉ begin their first experiment in providing community radio on a day long and countrywide basis.

This experiment in Mayo is part of a campaign by RTÉ to show the type of radio service which could be provided on a regional basis. This is very much a community effort with several hundred people from five towns throughout Mayo helping to keep the service on air throughout the day. RTÉ is providing the mobile studios and the technical and production expertise.

John Healy of the Castlebar Radio Committee tells RTÉ News that he believes community radio should be very much run by the people living in the community with the assistance of RTÉ and should not be placed in the hands of private interests. Johnny Kinnane of the Claremorris Radio Committee also expresses his views on the community radio experiment which he feels gives a voice to those living in the small towns of Ireland.

The main Mayo studio is based in Castlebar with subsidiary studios in Knock, Claremorris, Ballina and Foxford.

An RTÉ News report broadcast on 10 September 1981. The reporter is Jim Fahy. 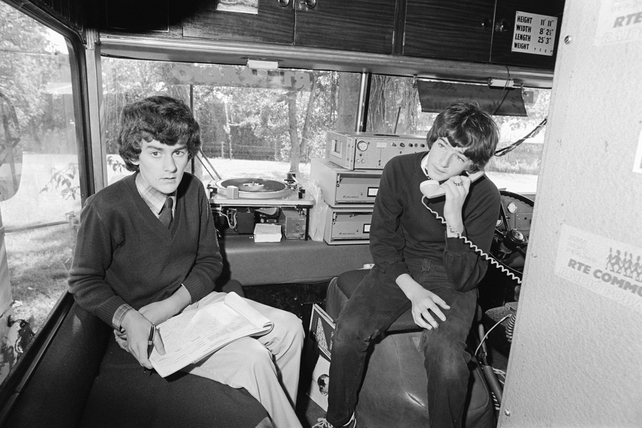 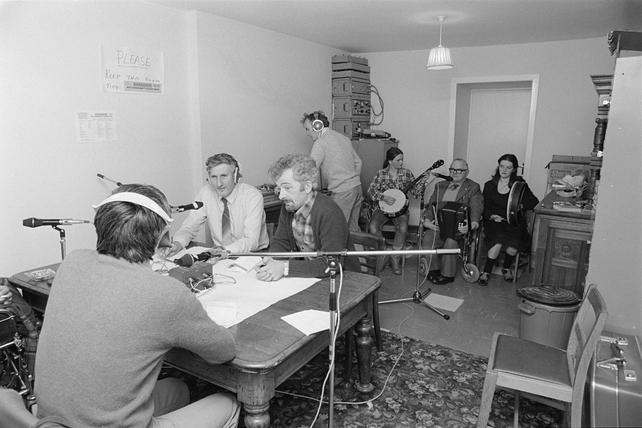 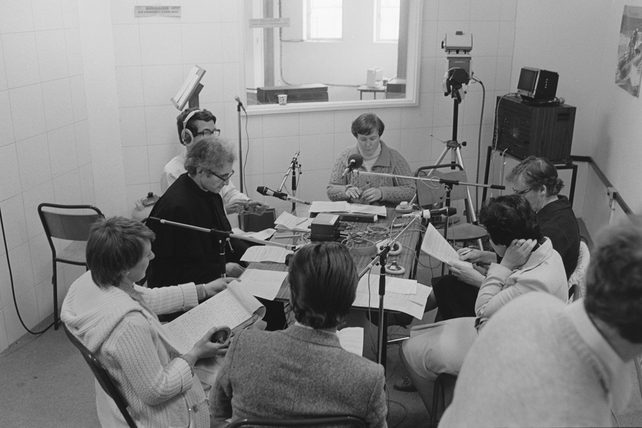