The Mona Lisa is recreated as Mona McGinty by Scottish street performer The Diceman.

The character of a framed painting 'Mona McGinty' takes a walk through Dublin city centre bringing smiles to Dubliners young and old. 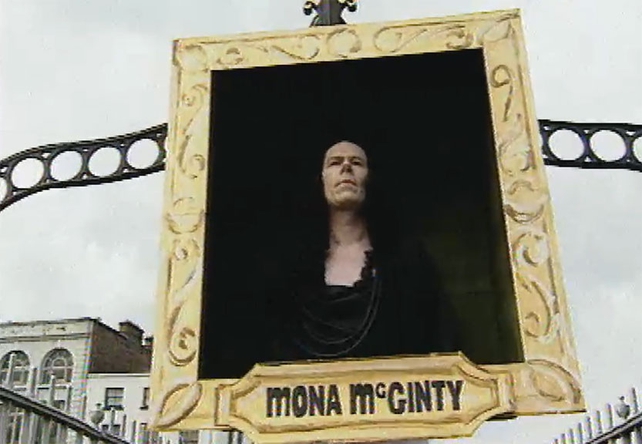 This episode of 'Summer Express' was broadcast on 6 August 1991. The presenter is Dave Fanning.