RTÉ News checks the public's motoring knowledge with a question from the new driver theory test.

A new theory test is being introduced for anyone applying for a provisional driving licence. Learner drivers will, in future, have to pass a driving theory test before they can take to the road.

The new test will be available from 11 June, 2001 but existing provisional licence holders are exempt.
The initiative has been welcomed by the Automobile Association, although Conor Faughnan from the AA says the cost of the touch screen theory test - at £25.20 - is too expensive. 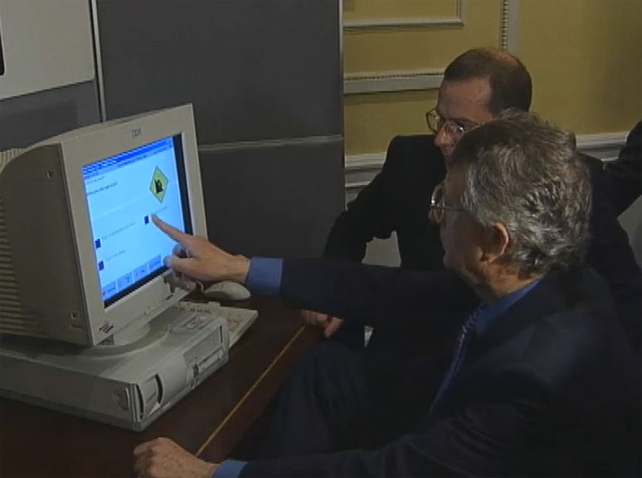 Giving details of the scheme, Junior Minister Bobby Molloy at the Department of the Environment said waiting times for the practical test for a full driving licence has been reduced to 17 weeks. He claims it would be down to 10 weeks by the end of the year.

Mandatory and a major feature of our system.

An RTÉ News report broadcast on this day 24 April 2001. The reporter is Deirdre McCarthy.