'The Bicycle Man' is set in the early years of the twentieth century when dedicated members of Conradh na Gaeilge visited the schools in remote country districts, telling stories in Irish to the children in the hope that the language might not disappear.  Irish was not on the official school curriculum. Martin Dempsey plays one such "Fear an Rothair".

The storyteller is Seán Ó Briain played by Seamus Healy with Vincent Mac Thomáis playing Seán as a boy. Master Hannigan is played by Jim Mooney with Martin Dempsey as 'The Bicycle Man'.

This clip shows Master Hannigan running through a drill with the school children. Written on the blackboard is the sentence

We are happy English children

The school children repeat the sentence under Master Hannigan's instruction. 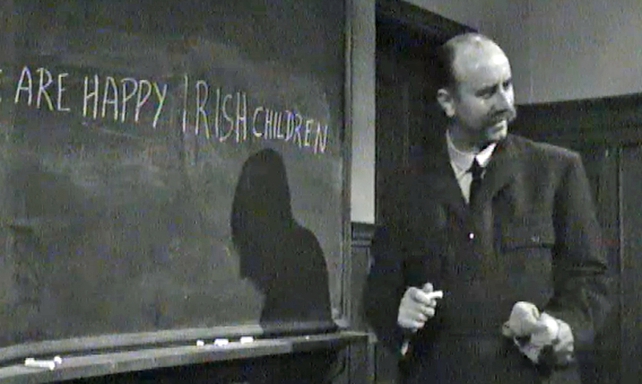 The Bicycle Man arrives at the school and replaces the word "English" with "Irish", and explains to the children that they are in fact Irish.

Children I have saluted you in your own language. I have said God and Mary be with you.

'The Bicycle Man' informs the children of the free Irish language classes that he will give for those interested.

Written by Bryan MacMahon 'The Bicycle Man' was commissioned for the Anniversary of 1916 and was broadcast on 3 April 1966. 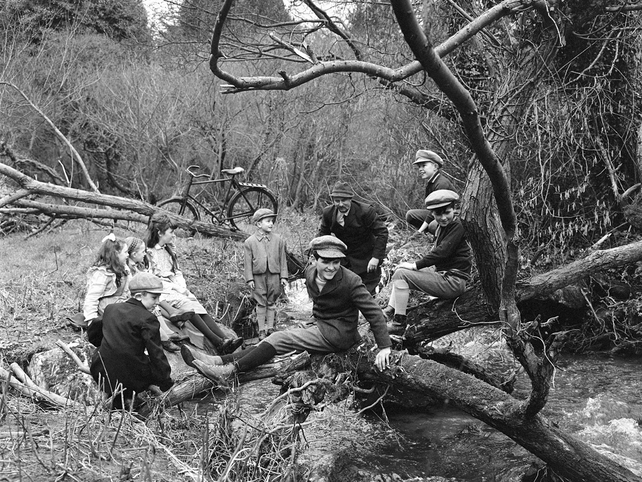