On the final episode of ‘TV GAGA’ Bono and Larry Mullen, riding high on their success in the Rolling Stone Critics Choice Awards, talk to presenter Liam Mackey about the early days of U2.

The band was formed by Larry, who pinned a notice on the noticeboard in Mount Temple Comprehensive School seeking fellow musicians. He admits he was not particularly trying to form a rock band.

If somebody with an accordion had come along I would have played with them, that was where I was at, I was that desperate to play with somebody.

Bono describes the early days of the band, which were tough, but a lot of other bands had it tougher.

There were a lot obstacles to overcome, but there are other bands out there, that are, you know, fighting for the price of strings, not just the price of guitars, which is what we were fighting for. In fact Adam being a poshie from Malahide he had an amplifier and we all plugged into his amplifier .

While the band were influenced by seeing The Sex Pistols, The Clash, The Jam on ‘Top of the Pops’, the U2 sound came about quite accidentally. In spite of all their success, they still feel pretty directionless and have a lot to learn when it comes to playing ability and technique. Bono believes they do things very differently to other bands

I think a lot of other people sit down and write songs in a much more disciplined fashion and structured kind of way. I wouldn't mind getting into a bit of that but that is for future.

Bono and Larry Mullen were in conversation with presenter Liam Mackey. 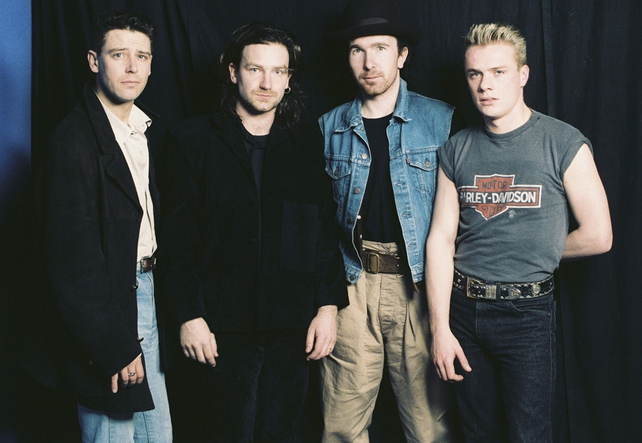