The Clipper Carlton band, the oldest showband in the business, make their television debut.

After 15 years in retirement Clipper Carlton were back playing live shows and continued for a further two years.

This special programme recorded in concert 'Clipper Carlton at Castlebar' was broadcast on 27 January 1986.

The RTÉ Guide also featured the band ahead of the broadcast. In the article, Hugo Quinn lead singer with the band looks back over their career and celebrates their return to the stage. 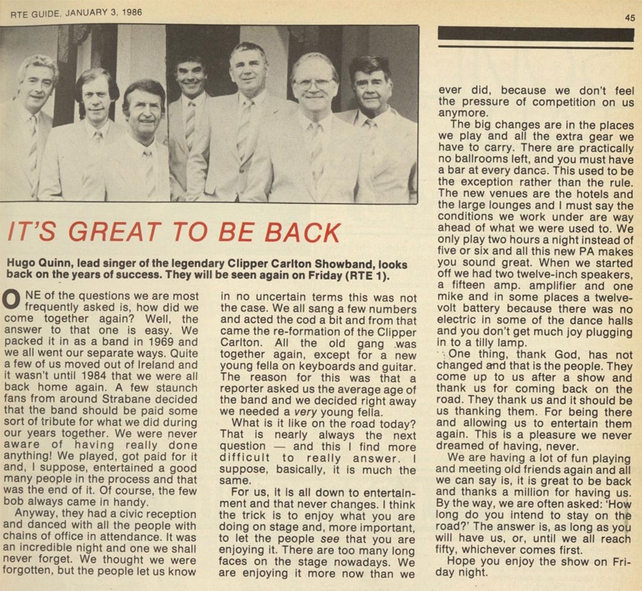