For the first time in forty years wolves are on view at Dublin Zoo.

New arrivals at he zoo are the four month old Timber Wolves, two males and two females, who will not be fully grown for at least a year. They will not produce their own litters for at least a couple of years. Any pups that are born will be sent to the English Wildlife Park who donated the pack to Dublin Zoo. 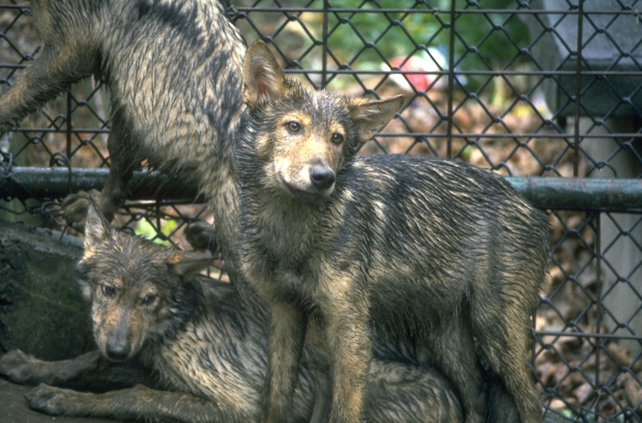 The wolf is a native to Ireland but because of the damage it caused to flocks of sheep and herd of deer, it was wiped out by farmers. The last one recorded here in Ireland was killed in County Carlow in 1786.

Fully grown they can weight up to eight stone and stand two and a half feet tall. Despite their fearsome reputation, they rarely attack humans.

Zoo keeper Gerry Creighton says that they are dangerous animals which will never be tamed and says that the zoo has no interest in taming them.

We want to leave them as what a wolf should be.

An RTÉ News report broadcast on 16 August 1985. The reporter is Colm Connolly.