Terry Wogan and Helen Joyce from Leinster Road, were married in her parish church of Our Lady of Refuge, Rathmines on 24 April 1965.

The ceremony was performed by Rev. P. Fagan and assisted by Rev. E. Vesey. Mrs. W. Burrowes was matron of honour and Miriam Joyce and Maida Cooney were bridesmaids. The best man was Brian Wogan, and Martin Joyce and Brendan Mercy were groomsmen.

Well wishers gathered outside the church on the wet Saturday to catch a glimpse of the newlyweds.

The photographs shown here were taken by Roy Bedell for the RTV guide. 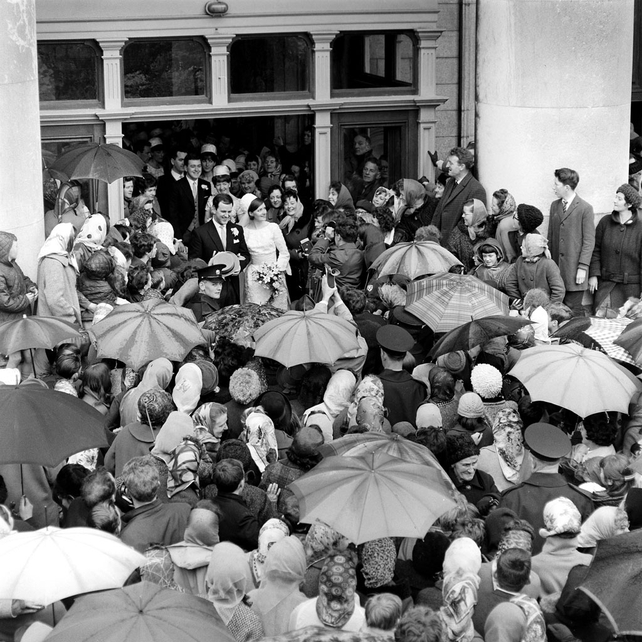 The reception was held in the Country Club, Portmarnock and the couple spent their honeymoon in Torremolinos, Spain.

At the time Terry Wogan was the compere on 'Jackpot' a weekly general knowledge quiz on Teilifis Éireann. He was also presenting a Radio Éireann programme 'Terry Awhile'. 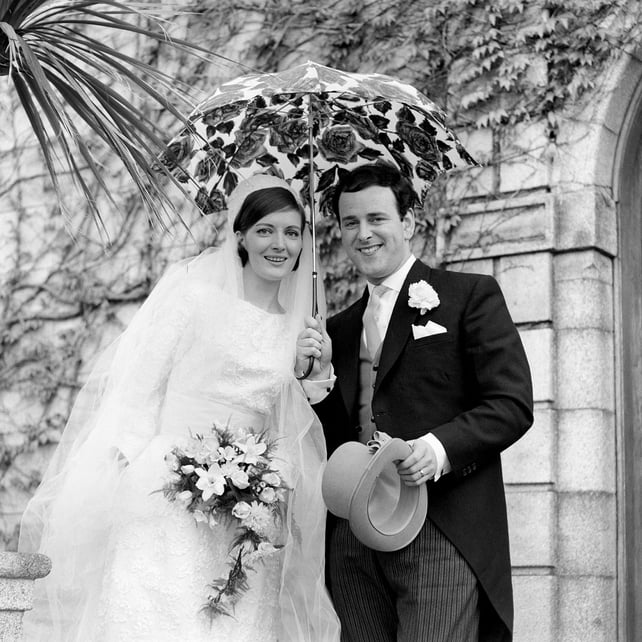 Terry Wogan and Helen Joyce outside Our Lady of Refuge, Rathmines (1965) 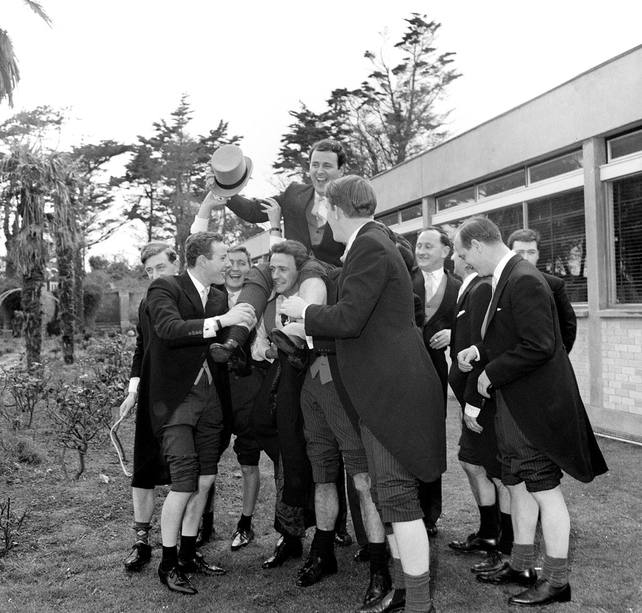 Terry Wogan and friends on his wedding day (1965)