Religious panel discussion on the growing number of young people leaving the church.

'The Enquiring Mind' was a discussion show consisting of a panel of four along with audience contributions.

Are young people leaving the church?

Dr Tom Inglis argues that young people are not publicly renouncing the church but rather they feel disenchanted with the church, which they feel has little relevance to their lives. He continues by describing the demographic of the types of people that are leaving the church.

This is further reinforced by Andrea Ward, who argues that many of the girls that she teaches feel alienated from the church. Similar views are voiced by Brian Glennon, who feels that the church lacks relevance to many young people. Father Michael Paul says that leaving the church can take many forms from non-practice to atheism.

This episode of 'The Enquiring Mind', presented by Patricia Coyle, was broadcast on 24 February 1985. 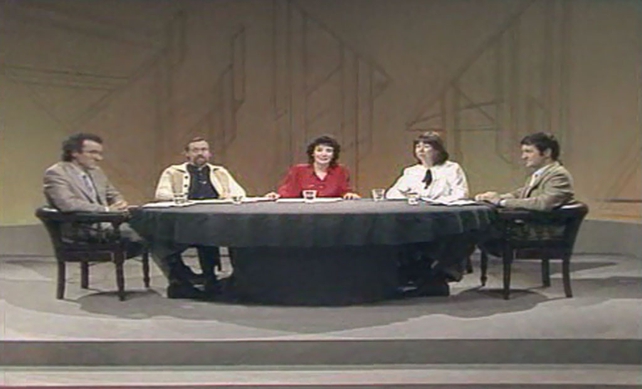