Shane, Max, Rocky and Tag are the new additions to An Garda Síochána

Until now the Gardaí only had one dog trained to sniff out drugs. Four newly trained dogs, Shane, Max, Rocky and Tag, will play an important part in the Garda clampdown on drugs.

The four labradors will spend up to eight years with the Drug Squad and will play an important part in the crime task force.

Inspector Tom Butler comments that the dogs do not cost too much as they are generally donated to the force by the public. Reporter Des Cahill sees a demonstration of the training exercises that the dogs go through. In the exercise, an ounce of cannabis resin is hidden in a warehouse to put the training to the test.

An RTÉ News report broadcast on 29 January 1985. The reporter is Des Cahill. 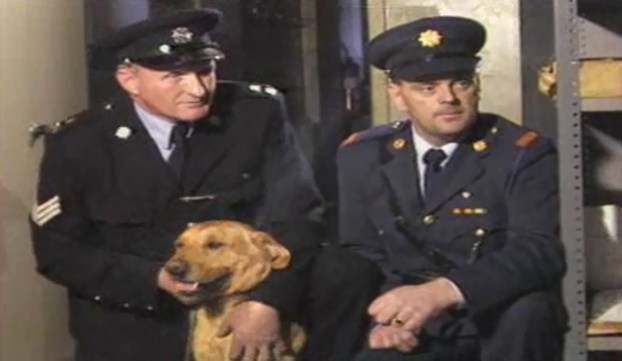