The Irish Independent, The Irish Press, The Cork Examiner, The Irish Times and The Belfast Newsletter provide the background for this programme. The main stories featured in the newspapers from this day in 1950 include a train strike; news that General Eisenhower was to command a new NATO army in Europe; and the War in Korea.

The narration is provided by P.P. O'Reilly.

This episode of 'It Said in the Papers' was broadcast on 19 December 1984.

Exhibition: Read All About It 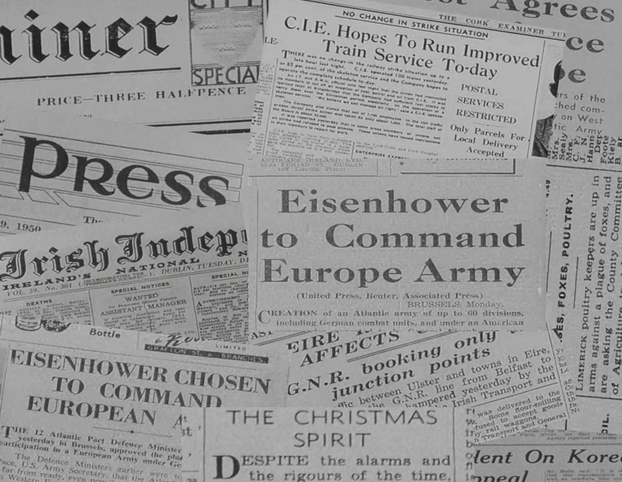