In 1991 the European Parliament in Strasbourg passed a resolution calling for an inquiry into the case of the Birmingham Six despite British conservative arguments that the six had exhausted all legal avenues of appeal.

The presence of Paul Hill as a visitor to parliament gave added weight to the case for the Birmingham Six.

The resolution for an inquiry was carried by a majority of 3 to 1.

Patrick Joseph Hill, Hugh Callaghan, Gerard Hunter, Richard McIlkenny, John Walker and William Power were sentenced to life imprisonment in 1975 accused of the Birmingham pub bombings. After 16 years in prison their convictions were quashed by the Court of Appeal in 1991. 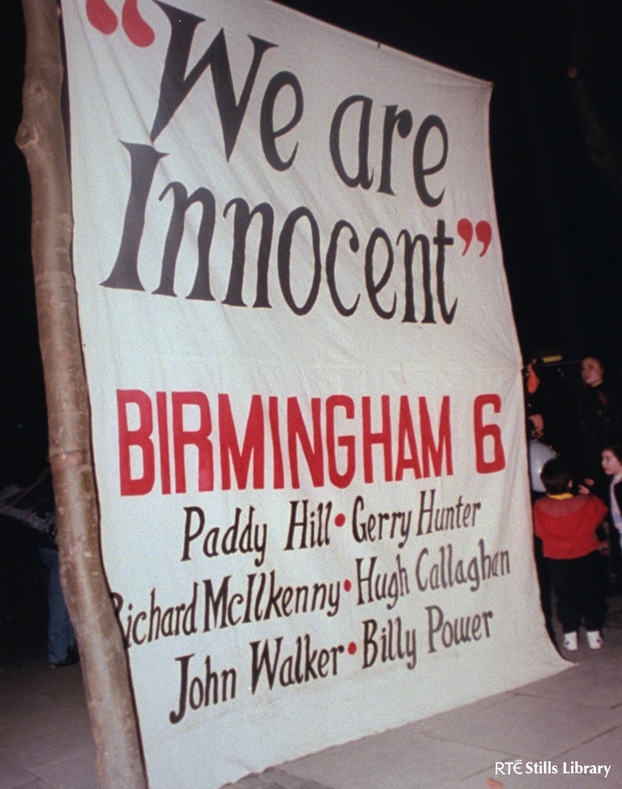 A 'Birmingham Six' demonstration in Dublin with a large banner entitled, "We are innocent".