The Knock Shrine Medical Bureau has been set up to establish if cures claimed have a medical explanation or are miracles.

Pope John Paul II visited Knock on its centenary in 1979, giving the pilgrim town the ultimate seal of approval from the church. Although many cures have been associated with the shrine at Knock over the years, it has never had a proclaimed miracle.

Monsignor James Horan tells the story of Delia Gordon who it is claimed was cured of deafness.

The new medical bureau, which is being described as a "miracle bureau" has been set up with the objective of rigorously examining claims of cures. The bureau consists of a team of doctors headed by Dr. Michael Casey, a retired Professor of Chemistry at Maynooth University, who talks about the work ahead.

An RTÉ News report broadcast on 15 October 1984. The reporter is Jim Fahy. 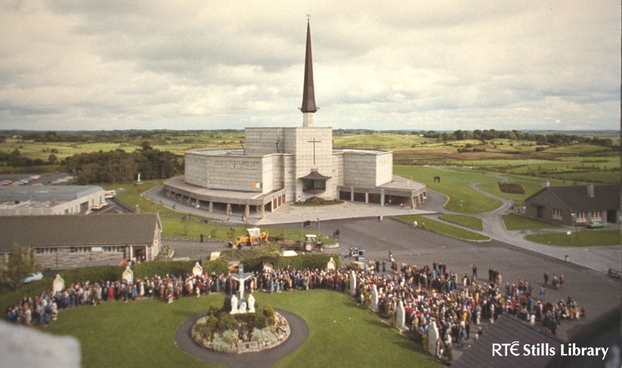