On 5 September 1989 Andrew's Lane Theatre had its first opening night.

The Dublin theatre staged many successful plays before closing its doors in 2007. Philip Bromwell looks at its legacy in this RTÉ News report from 15 February 2007.

The much-loved theatre has been sold to property developers. Pat Moylan, owner and Artistic Director at Andrew’s Lane, tells Philip Bromwell of the ongoing structural problems with the building and the financial strain required for repairs to be made. She was left with no choice but to sell the building. Pat also talks about the legacy of the theatre and the careers that were forged there. 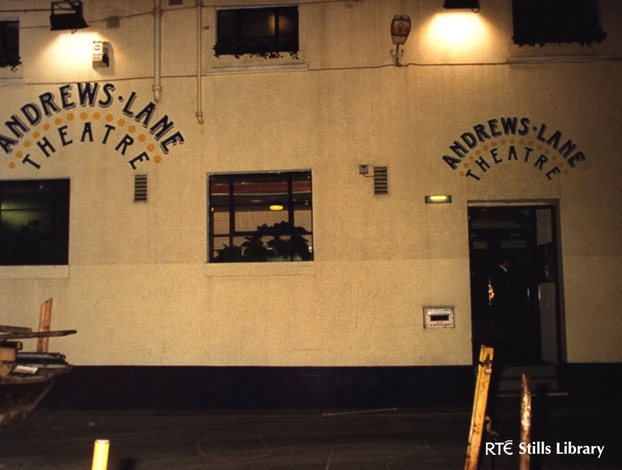