In 1984 Phil appeared on the Late Late Show with Howth band 'Clann Eadair', The Family of Howth.

In 1984 Phil appeared on the Late Late Show with Howth band 'Clann Eadair', The Family of Howth. Phil spoke to Gay Byrne about the band and performs a tribute to Sandy Denny. 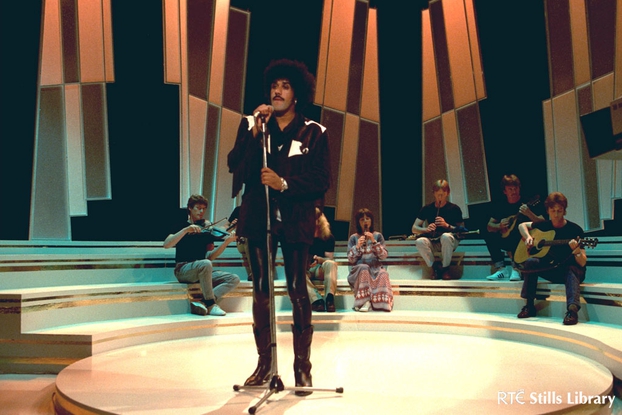 Clann Eadair were a traditional group from Howth, Co. Dublin, with whom Phil Lynott had guested on stage. Having first seen them in a Howth bar, Lynott made plans to produce and record the group. They collaborated on a single to Sandy Denny, which they performed on the Late Late Show broadcast on 15 September, 1984. Sandy Denny was lead singer in folk rock band Fairport Convention.  She died from a brain haemorrhage at the age of 31.

In the week following his death a tribute to Phil Lynott appeared in the RTÉ Guide written by Ken Stewart who describes Phil as "warm, witty, unaffected as ever, generous in his praise of fellow artists, and always ready to help newcomers". 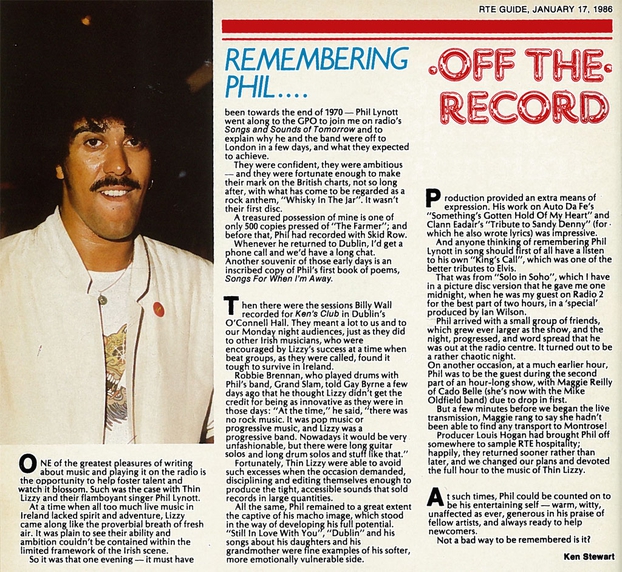