After a strike lasting 65 days city buses are back on the streets of Dublin.

The longest city bus strike in Dublin history ended on 9 July 1974. The cost of the return of service will be a hike in fares on city bus and suburban rail services.

On 8 July the bus workers voted to return to work by an overwhelming majority.

As part of the agreement, the government granted a 20% fare increase to C.I.E. For nine weeks Dubliners were without public transport and had to find alternative ways of getting about. Retailers in the city centre suffered massive losses as customer numbers fell.

John Byrne, General Manager of C.I.E., talks about the lost revenue resulting from the strike and the agreement made regarding ticket prices. 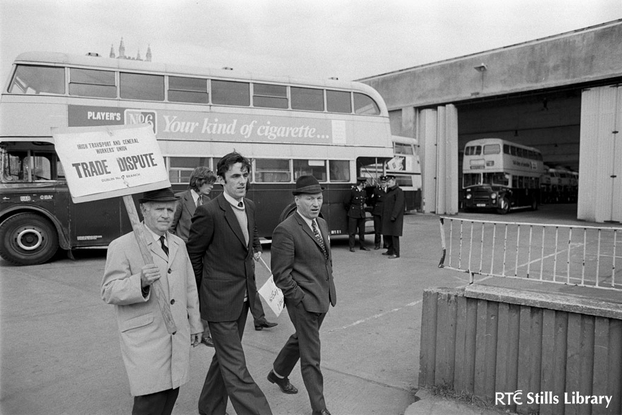