Thousands of children take part in the National Children's Day Parade in Dublin on 11 June 1989.

The motto for National Children's Day is

Bring a smile to the face of a child.

As part of the celebrations, bands and floats paraded through the streets of Dublin. Lord Mayor Ben Briscoe was also on hand to present a special award to Freda Lyness of the Belfast Peace Group. 200 of its members had taken part in the parade. Freda feels that the event offers an opportunity for Dublin to show how welcoming it is to both Catholics and Protestants.

The Lord Mayor was also joined on the stands by Rebecca McHugh, National Children's Day Princess. 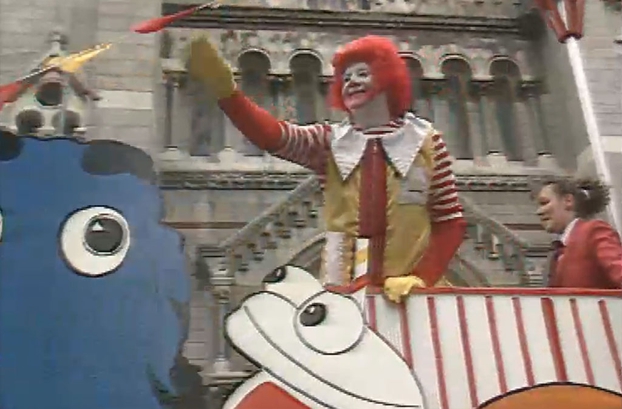