The design of the new American Embassy in Dublin recalls the Christian towers of ancient Ireland.

Among those attending the opening of the new American Embassy at Ballsbridge were President Éamon de Valera, An Taoiseach Sean Lemass, Tánaiste Seán McEntee and U.S. Ambassador Mr. McCloskey.

This building uniquely recalls the noble Celtic-Christian towers of ancient Ireland. Built by the Irish people to be places of strength for the preservation of the valued articles of Christian worship.

Frank Aiken, Minister for External Affairs, thanks the American government for financing the build of the embassy.

An RTÉ News report broadcast on 23 May 1964. Part of the footage shown here is mute. 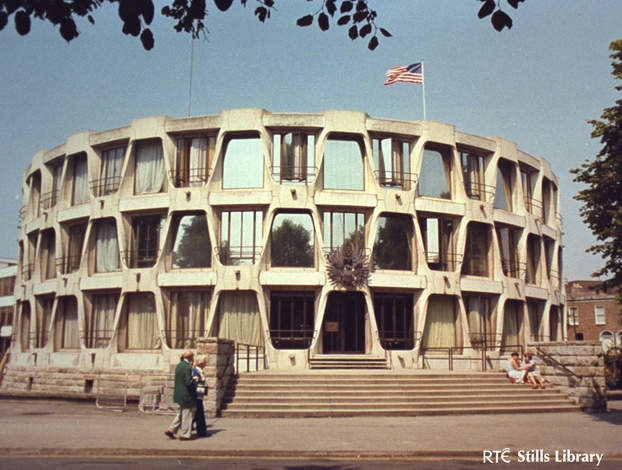 The President Speaks to the Nation and the USA 1936