The legal committee of the European Broadcasting Union met in Dublin for the first time.

The European Broadcasting Union legal committee met in Dublin for the first time on 23 April 1969. The four-day meeting was hosted by RTÉ and held in the Shelbourne Hotel. It was attended by 55 delegates from broadcasters in 28 countries. One of the issues discussed was the protection of privacy in the satellite era. RTÉ's Director General T.P. Hardiman congratulated the committee on its attempts to reconcile the interests of performers, publishers, creative artists and broadcasters.

An RTÉ News report broadcast 23 April 1969. This footage is mute. 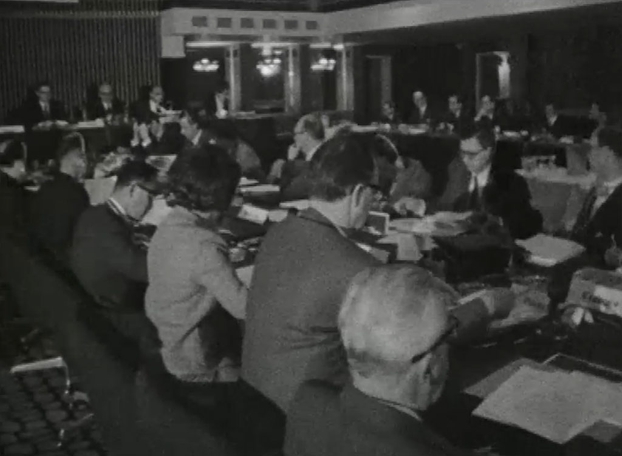