On 27 March 1954 the most famous steeplechase in the world the English Grand National was won by Royal Tan, owned by Joe Griffin, trained by Vincent O'Brien and ridden by Bryan Marshall.

This is the second year the same owner, trainer and jockey have won the Grand National.

In this radio interview from 60 years ago, Joe Griffin, owner of Royal Tan, talks about winning the 1954 Grand National. Griffin talks about his plans for the following year.

The above photograph shows Royal Tan escorted by mounted police, ridden by Brian Marshall, being led in after winning the Grand National at Aintree, Liverpool. 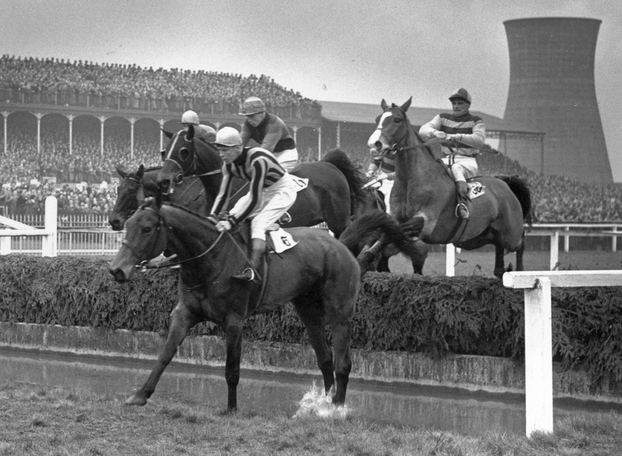