Ready steady go! Roll those barrels through the streets of Nenagh.

We do not have very much information about this event, why it was taking place in Nenagh County Tipperary or why the television cameras were there to capture it.

The young men of Nenagh line up their barrels and the race gets under way. Crowds of children follow as the competitors makes their way through the streets of the town. The winner is John Talbot who raises his barrel in the air to celebrate.

Barrel races traditionally took place as part of a larger festival or when a carnival came to town. Other associated activities usually included tug-o-war, pony races, and fancy dress. 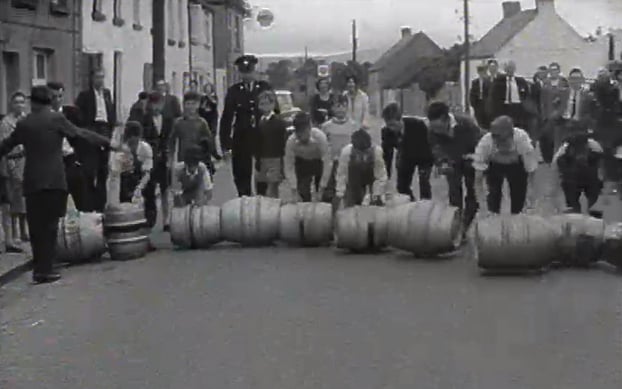