A train driver is quizzed about his job in this episode of the programme 'Jo Maxi' broadcast on 27 February 1989.

Tony Tobin is in the driving seat with the children ask the questions.

Ever heard of the "dead mans handle"?

Antoinette Dawson meets train driver, Tony Tobin, who is questioned about his job by a group of six children. Tony is a DART (Dublin Area Rapid Transport) driver and works between Howth and Bray.

Among the questions the children ask are the following: 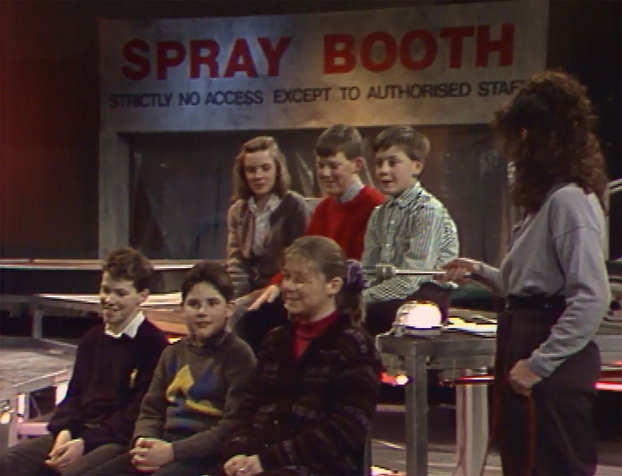 The children ask the questions on Jo Maxi

This episode of Jo-Maxi was broadcast on 27 February 1989 and was presented by Antoinette Dawson.

'Jo Maxi' was a youth lifestyle programme targetted at 10 to 14 year olds. The programme contained features on a broad range of topics including animals, fashion, music, books and profiles of young people voicing their views on various subjects. The original presenters on the show were Ray D'Arcy, Geri Lalor, Cliona Ni Bhuachalla and Antoinette Dawson.